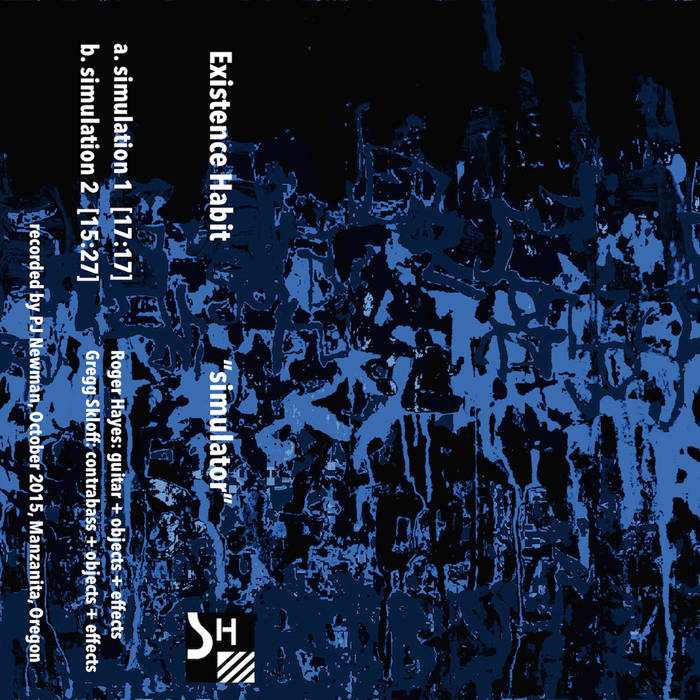 Existence Habit (established 2013, Astoria, Oregon) includes guitarist Roger Hayes and bassist Gregg Skloff, both experienced creators of improvised sound. They have accumulated a series of obscure performance documents and cryptic videos, most of which are accessible via existencehabit.com.

On Side A, the music conjures alien coastal landscapes as described by various rhythmic tones drifting in-and-out of fog. The contrabass provides an anchor tone for the rest of the sounds to build and organically grow into a swirling auditory hallucination.

Side B begins with shades of free jazz as played by androids with glitchy effects and fuzzy, resonant tones. The instruments start out slightly recognizable and gradually transform into ethereal messages that are transmitted directly into the core of your central nervous system.